The Batman: The Comics To Read Once You See the Film

Home » Blog » The Batman: The Comics To Read Once You See the Film

Everyone’s talking about the new Batman film, The Batman, which features Robert Pattinson as the Caped Crusader, Zoe Kravitz as Catwoman, Paul Dano as The Riddler and an unrecognisable Colin Farrell as Oswald Cobblepot aka The Penguin. If you’ve ever been curious to dive into the wondrous and weird world of the Batman comics, now is absolutely the time to do so. We’ve compiled a list of comics that tie neatly into the new film, and help expand some of the story points and ideas that are touched upon in it. Whilst there are no spoilers in this list, it might be worth checking out the movie before reading these, just so absolutely nothing gets ruined for you. 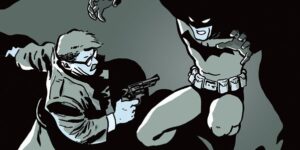 The birth of a legend takes on humble beginnings in this 1987 classic from veteran comic writer Frank Miller. This comic tells the story not just of Batman’s rise but also that of James Gordon, his only ally in the Gotham City Police Department who will one day go on to become Commissioner. For now though, these two men are left fighting a broken system in very different ways, forced into an uneasy alliance as they take on the corruption within the city. No supernatural or costumed villains here folks, just ordinary people trying desperately to do the right thing, in the manner they think is best. 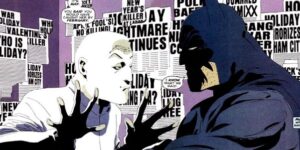 This story is a great introduction to some of Batman’s most popular villains, including the Joker, Scarecrow, Riddler and… Calendar Man? Sure, this version of him anyway. A serial killer is striking on every major holiday, and Batman needs to turn to the usually forgettable villain to understand where to look. The story is worth it alone for the smug look on Calendar Man’s face when Batman has to come to him for help. If you like detective stories with a dose of Hannibal Lecter imagery, this one is for you. 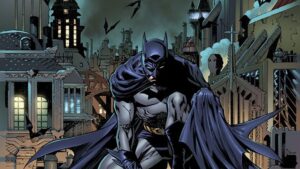 Fans of The Dark Knight Rises will find a treat in this story. Following a disastrous earthquake, Gotham is abandoned by the US government, with all the bridges destroyed and the city’s inhabitants left to fend for themselves. Gang wars start up in the ruined city, and it isn’t long before Batman needs to start his own group to help bring order back to the city. Showing Gotham as a warzone adds a sinister touch to the story, and transforms the inner torment of the Dark Knight into an explosive confrontation in the streets and buildings of the city Batman has sworn to protect. 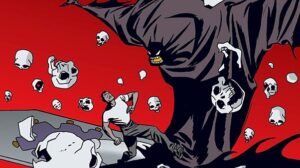 Ego is the Batman in therapy, and as strange and terrible as that premise sounds, stick with it for a moment. Bruce Wayne is growing exhausted from living two lives and is starting to suffer the long-term effects of being the Dark Knight. Crime continues to rise and new villains are always around the corner, what if Gotham can never be saved? This doubt feeds the very human story at the heart of Ego, about a man who begins to wonder if he’s dedicated his life to the right cause, and what more he needs to give in order to finish what he’s started. Not for the faint-hearted, but a fascinating character study of one of pop culture’s most enduring figures. 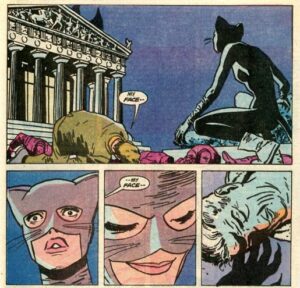 5. Catwoman: When in Rome

A little bit different but still in keeping with its inspiration of The Batman. This story picks up after The Long Halloween, when Catwoman goes on a trip to Rome with the Riddler to learn about her long lost parents. When in Rome does a great job of expanding the character and backstory of one of Batman’s oldest allies, the feline thief named Selina Kyle. With Zoe Kravitz doing such a great job in taking up the mantle in 2022, it’s time that Catwoman herself got more appreciation as a solo figure in comics, and this is the perfect introduction to her own line of adventures any Bat fan would do well to read.

This is just the tip of the Bat-berg bear in mind. There are thousands of comics featuring the character, and millions of potential interpretations. The Batman is looking to be the grittiest and mst disturbing yet on the big screen, so why not see where it drew inspiration from if you’re suffering from withdrawals after it’s over.