On these cold January nights, you’ll often find your partner is reluctant to brave a Beer Garden and will instead opt for a quiet cosy evening in with yourself and movie. Brilliant you think, your wallet could certainly use a rest after the spending frenzy of Christmas. But beware, traversing the land of televisual treasures is not as easy as it looks. Fear not, as we present to you the fool proof guide of what films to absolutely watch and avoid with your partner here today. Here are five options you can rely upon and five that will ensure the awkward viewing experience from hell. 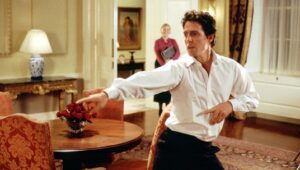 It’s a new Christmas Classic, and with good reason. There is so much goodwill and adoration in this story of unhappy Londoners finding the true meaning of romance in the holiday season. With a star-studded cast (Hugh Grant, Liam Neeson, Emma Thompson, Bill Nighy and the late, great Alan Rickman), a consistently funny script and great swelling music, this is a safe bet for anyone looking for easy viewing with the one(s) they love. 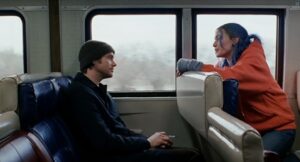 Jim Carrey stars as Charlie Kaufman, I mean Joel, a man who has just learnt his ex-girlfriend has had all memory of him erased from her mind. Feeling mean-spirited and lonely, Joel opts for the same treatment, and we follow him as his mind shows him all the memories he’s about to lose, and we get an understanding of how the relationship formed. Sure, we see all the nice moments of their love as well as the nasty ones, but the bitterness of the whole situation, and how it will make you consider whether your partner is really worth being with, won’t make for fun viewing.

Spoiler alert, the ship goes down! What doesn’t seem to have sunk though is people’s love for this larger-than-life story that explores love, chance and memory, wrapped up in the most famous shipwreck of all time. Sure, it’s melodramatic and a little cheesy, but the music, the scale, the tension and the chemistry between Kate Winslet and Leonardo DiCaprio, in roles that would come to define them both, is worth a little sugary sentiment. The action is better than you remember, the characters a little worse, but it’s perfect viewing for a lazy Sunday afternoon, and if nothing else, you’ll feel lucky to have anyone to love when the story is over and you can hug them close. Also, it’s really fun to try and recreate the ‘Flying’ scene on the edge of the bathtub in the shower.

What’s this, another Kate and Leo outing? It’s almost like I planned this to come after the one with the big boat. Unfortunately, if you were expecting the feel-good continuation of that previous love story, you are sorely mistaken. An unflattering look at a failed marriage in 1950s America, this film should be filed directly under D for Depressing. Every character is selfish and disengaged from everyone else, and the central couple spend so much time fighting and not communicating, you’re going to end up comparing yourselves to them, and wondering if any of it’s really worth it. Trust me, not a fun time for anyone. 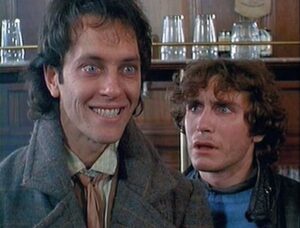 Definitely Watch: Withnail and I

This is for a different kind of romance, though one that is still very important to cherish, the Bromance. The bond between two friends that feels like a little more than a friendship but a little less than open love. The kind of bond that’s rare to find and ever rarer to see done right on film. Withnail is about two directionless actors in 1969 Camden, who decide to go on holiday to the countryside to see if their lives will get any better. Along the way, enough alcohol and drugs are consumed that would knock out ten bull elephants in heat. This is a film you’ll recognise yourself in as a student, cringe in embarrassment at in your 30s, and look back on fondly in your 40s.

Looks can be deceiving, never more so than in this ‘ironic’ rom-com. Joseph Gordon-Levitt and Zooey Deschanel star as two young bohemians falling in love. So far so good? What isn’t so good is how clearly they don’t want the same thing, with one rushing for a serious relationship and the other hoping to stay more casual. It’s an unhappy balance that reflects the difficulties most relationships face when two people want opposite things. Couples viewing may experience significant discomfort and a sense that maybe everything won’t be alright with them in the end. Also, as a more general point, they’re both so annoying that I want to punch them in the face, but again that’s a separate issue.

There you go, everything you need to make sure you and your partner have a great film night. If you want, check out those films we said to avoid anyway, they’re all good films, just maybe not something that’ll fit a romantic evening in. Happy streaming!