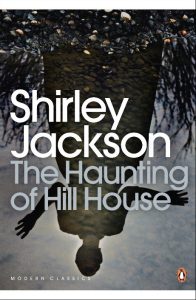 Published in 1959, Shirley Jackson’s The Haunting of Hill House has come to be seen by many, including Stephen King, as one of the definitive haunted house stories. The novel about a group of mismatched believers who descend on a lonely house for a week of ghost-hunting has become so well known to the public it sounds cliché in description. I must admit it seemed a little too familiar at first, like the story wasn’t going to find a way to really shock me. But wasn’t I wrong, as the sinews got under my skin and began to twist a very simple story into a complex exploration of grief, madness and isolation.

On the surface, horror aficionados may be disappointed by Hill House. There’s no obvious danger, and in fact no real ghostly aspects appear until quite a way into the book. The characters are haunted more by their pasts and interactions with each other than any supernatural force. Yet this is where the fine balance between horror and terror comes in. Horror is repulsion at a fearful thing we are presented (a zombie, blood spewing through a door, spiders) whilst terror is fear realised by the threat of something terrible awaiting us. Hill House drips with terror, as the descriptions of the house growing dark fill the world with an unnatural chill. What’s that in the corner? Surely it’s just my jacket on a chair, not a strange man watching me? 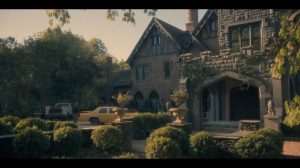 A still from the Netflix adaptation of The Haunting of Hill House, featuring the eponymous mansion.

Shirley Jackson infuses her story with enough doubt so that the reader is left to question exactly what is real and isn’t as much as the characters are. The sensations envelop you to the point where I found myself questioning whether I’d read whole pages correctly, if there were any monsters or if I’d missed one crucial line that would spell out their veracity, or not, clearly.

It might be best to go into Hill House not excepting a fright fest but a more melancholy, bittersweet story and tone. That story being of a put-upon woman who has to go to a terrible place in order to finally gain some autonomy, rings true in its pathos and delicacy even today. The real horror comes not from the ghosts and monsters that intrude on our world, but from the everyday anguish of ordinary people, stuck forever between running to others out of loneliness and fearing their judgement for being too keen. 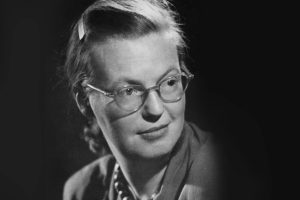 Shirley Jackson was born in San Francisco in 1916. A constant writer, she wrote over a hundred short stories and published six novels before succumbing to a heart condition in 1965.