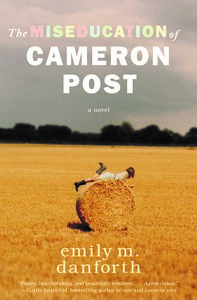 It’s hard to think that only a few years ago the world was very different for LGBTQ+ young people, and that there are people who still think that was a better approach. The Miseducation of Cameron Post is an exploration of this darker time, and how people are repressed by tradition, religion and circumstance. Adapted into a Sundance favourite film in 2018, Miseducation is the perfect gateway novel into queer literature if you’re straight, and an achingly familiar portrait of teenage confusion if you’re not.

Cameron’s story progresses at a slow pace, but it is the right one for this novel, as we live through every step of her confusing, eventful life at the same rate she does. We experience her first taste of romance, her questioning of her identity, her longing to know the parents who died too soon, and we just want to wrap her in a hug and tell her it’ll be alright, as we very well sense that it won’t be.

What really stands out in this novel are the characters, all of whom feel real and whole like we’ve known them for years. Cameron’s life is defined by the people that surround her in the moment, whether that’s the carefree, seemingly endless summer days of her youth, or her darker, more authoritarian older teen years. Cameron has a buoyancy to her person that never allows the novel to succumb to the weight of its own themes.

Where readers might struggle is in the length and pace, as it is slow to really get going, needing nearly a hundred pages before the main thrust of the story gets going. All that time though where nothing much appears to be happening isn’t really wasted though, as we come to realise that we’ve fallen in love with Cameron by just imagining her going through the rigmarole of small town American life, watching films and enjoying what feel to her like endless sunset days, but which we know are slowly dwindling in number. 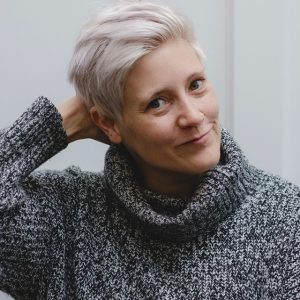 Emily M. Danforth sprung to literary fame with The Miseducation of Cameron Post, and her second novel, Plain Bad Heroines, was released in 2020 to similar acclaim. She teaches Creative Writing and Literature at Rhode Island College.