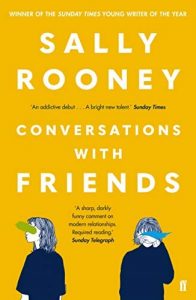 Sally Rooney has become a rising star of the literary world, currently known as the “Salinger for the Snapchat generation”. With her new book Beautiful World, Where Are You about to drop and the recent success of the Normal People BBC miniseries, what better time to look back at her 2017 debut novel, Conversations with Friends.

The novel closely follows the lives of four people; young women Frances and Bobbi (former girlfriends turned best friends), and Nick and Melissa (older and married). Through Frances’ eyes we see these four people lie, manipulate and pull each other apart, all as she battles her own doubts about her place in the world and whether she’s actually even capable of love (both giving and receiving). It’s all a bit familiar if this is your sort of thing, and a bit more aggravating if it’s not. 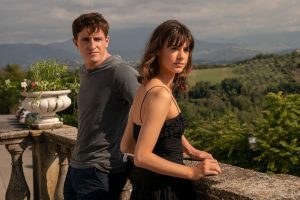 Despite Rooney’s icy prose, nothing in the novel ever really struck me as particularly shocking or despicable. At times it felt like the author was trying too hard to alienate the reader, and in doing so made us question why we should care at all. These people seem like the sort who, whilst attending a great party, would stand in the corner and keep dragging you away to complain about their personal lives the whole time, despite your having just met them.

There were some very well drawn moments of character and history, particularly the scenes between Frances and her father. You often can tell when a writer has taken something that started as a short story and bolted more on to make a novel, and Conversations feels like a classic example of this. Gracefully though, Rooney’s short stories are her unsung strength, and I certainly hope we’ll get a collection of them someday. We’re due one at least. 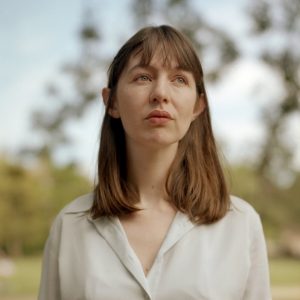 Sally Rooney has taken the literary world by storm, with her writing appearing in The New Yorker, The White Review and The Dublin Review. She has made the leap to screenwriting by adapting Normal People for television, and has published three novels. She lives in County Mayo, Ireland.